Droplets in the wake – how rain forms

The reason for abrupt rainstorms is still puzzling atmospheric and weather scientists. Investigating clouds and weather phenomena in a well controlled computer simulation or a lab experiment is usually extremely complex due to the many interacting agents. A research team at the Max Planck Institute for Dynamics and Self-Organization in Göttingen has now created an artificial atmosphere in an only a few centimeter large pressurized cell in order to study the dynamics of clouds and the nucleation of rain. They found that small microdroplets can nucleate in the wake of cold large drops falling through a saturated gaseous atmosphere. A similar mechanism might play a role in real atmospheric clouds, where large rain drops or hail particle nucleate additional droplets and thus has a major influence on the amount of rain and its intensity. It is important to further investigate the observed mechanism to better understand the evolution of clouds and to better predict the probability of precipitation.

Due to the large complexity of many interacting agents is it very difficult to simulate weather, clouds and rain in computer models, or in a well-controlled lab experiment. That's why most knowledge has been gained by field experiments. In example, in the 40s and 50s of the last century, in experiments, large amounts of dry ice (CO2) were released into a developing storm, causing an abrupt rain storm. Up to know it is an open question, why and how these “cloud seeding” experiments caused heavy precipitation. A team led by Eberhard Bodenschatz at the Max-Planck-Institute for Dynamics and Self-Organization in Göttingen, Germany has now created clouds in an only a few centimeter large convection cell. In order to model the earth atmosphere, the researchers used a mixture of helium (He) and sulfur hexafluoride (SF6), which was confined between two horizontal plates, two centimeter apart from each other. The flow inside the cell was observed by mirrors embedded in the side of the cell. In this system, the SF6 was modeling the water in the atmosphere, which depending on temperature and pressure was in its gaseous or liquid state. The Helium played the role of the other “dry” gases such as nitrogen and oxygen. 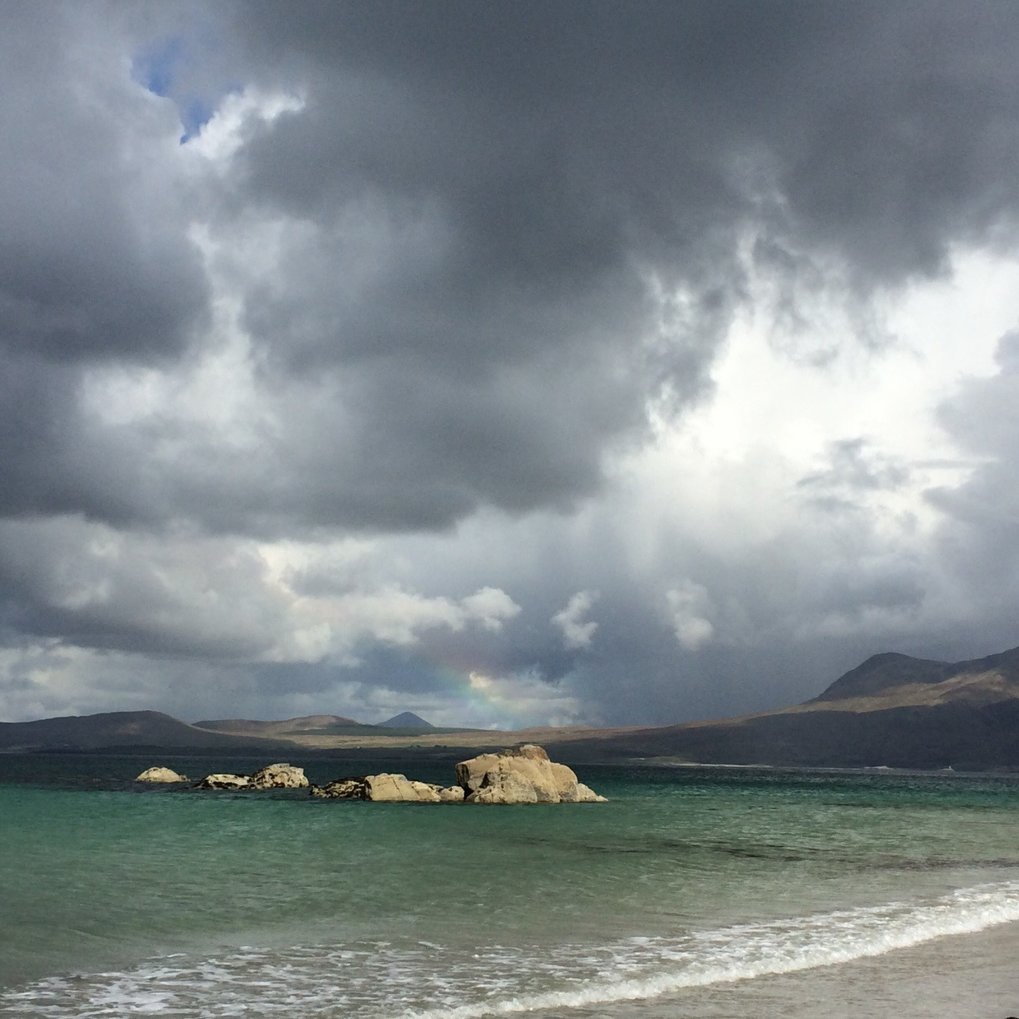 In their system, the bottom plate was heated and the tope plate was cooled. “We regulate the pressure such that SF6 exists both as a liquid and a gas. The liquid SF6 forms a layer at the bottom plate, similar to a water expanse on earth. On top of that is a gaseous layer of He and SF6 In this way the experiment simulates a lake or an ocean, from which water vapor evaporates and rises into upper cooling areas,” explains Prasanth Prabhakaran their idea. In the experiment, the SF6 condenses at the cold top plate and rains down in the form of large cold drops.

The researchers observed the falling drops on their way down through the warmer gas layer, using a high-speed camera. They observed that small micro droplets formed in the wake of the large cold droplets. The researchers explain that a large cold drop falling through the SF6 saturated atmosphere cools its gaseous surrounding locally, leading to supersaturation and consequentially to the nucleation of new SF6-microdroplets. They support their hypothesis with thermodynamic calculations. Bodenschatz and his team presume that a similar mechanism plays and important role for the formation of clouds and rain. They calculated that in particular for large rain drops and hail particles, the thermodynamic conditions are such that in their wake new microdroplets can be nucleated. This would have major implications for the cloud dynamics and the intensity of precipitation. However, to be certain more research is necessary, since real clouds are significantly more complex than their lab system. Among other factors, aerosol and dust particles play a key role for droplet nucleation in real clouds, while their influence was excluded in the lab experiment.

Clouds in the lab

In a variation of the experiment, the amount of SF6 was reduced such that while liquid drops still condensed at the cold top plate, no liquid filmed formed at the bottom plate. In this case the vertical temperature gradient was enhanced and the created microdroplets formed a stable horizontal layer, similar to a real cloud. Above that layer, microdoplets nucleated, since the atmosphere was cold and thus supersaturated with SF6. Below, the atmosphere was warmer und subsaturated, causing the microdroplets to evaporate.

According to Eberhard Bodenschatz “this work is a beautiful example, how lab experiments under idealized conditions can help to better understand atmospheric processes. In this way, we will in the future better understand how dynamics and self-organization act during cloud formation. ”