When proteins work together, but travel alone

Proteins, the microscopic “workhorses” that perform all the functions essential to life, are team players: in order to do their job, they often need to assemble into precise structures called protein complexes. These complexes, however, can be dynamic and short-lived, with proteins coming together but disbanding soon after. In a new paper published in PNAS, researchers from the Max Planck Institute for Dynamics and Self-Organization in Göttingen, the University of Oxford, and Sorbonne Université in Paris show how assembly and disassembly of protein complexes can operate at a “sweet spot” to benefit protein function. 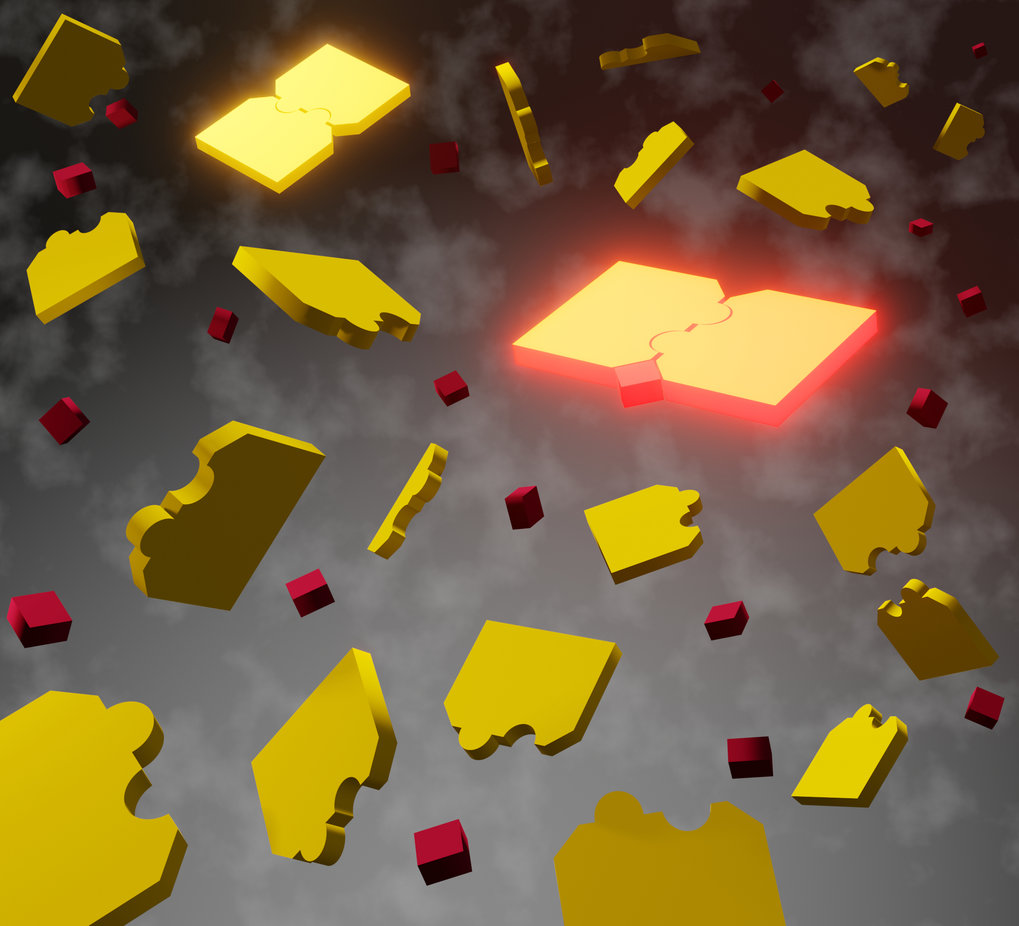 If a protein can perform its function only when assembled into a complex, what is then the benefit of complex disassembly? This is the key question that has been addressed in this study by Jaime Agudo-Canalejo, Pierre Illien, and Ramin Golestanian. The researchers noted that, in order to perform their function, proteins first need to find their target through stochastic motion. For example, in the case of an enzyme, which catalyzes the chemical conversion of a substrate molecule into a product molecule, the enzyme first needs to find the substrate. “The key observation is that the individual proteins, that make up the complex, can move around faster on their own than together as parts of a bulkier assembly. Therefore, the time taken to find the target can be shorter when disassembled. Still, the function can be performed only if, once near the target, the proteins reassemble into the required complex quickly enough”, says Ramin Golestanian, director of the Department of Living Matter Physics at MPIDS.

In order to understand the interplay between these two effects, the researchers developed a mathematical model incorporating protein diffusion, complex assembly and disassembly, and reaction with a target. Surprisingly, they found that there is a “sweet spot” in the protein concentration. “If there are too few proteins, they will be mostly in the disassembled state, and thus they will be fast but non-functional. If there are too many, most will be assembled into a complex, and thus they will be functional but slow. For intermediate concentrations in the sweet spot, however, protein complexes disassemble often enough to move fast, and reassemble often enough to be functional,” explains Jaime Agudo-Canalejo, the first author of the study. “The protein amount has to be “just right”, like in the Goldilocks principle,” he adds.

Be dynamic but stay on the safe side

The environment inside cells is far from homogeneous, and certain molecules may be more or less abundant in different regions of the cell at any given time. In particular, inhibitor molecules that promote the disassembly of protein complexes may concentrate in a given region. In such a situation, what is the expected distribution of protein complexes within the cell? Using their mathematical model, the researchers found that the proteins tend to spontaneously accumulate in regions in which their complex form is most stable, a distinctly non-equilibrium phenomenon they have termed “stabilitaxis.” Golestanian argues: “Stabilitaxis could act as a generic mechanism that cells exploit to generate spatial patterns in the distribution of proteins, in response to gradients in the concentration of another molecule.” Agudo-Canalejo adds: “The same mechanism could be employed in the engineering of synthetic materials that respond to external stimuli, for example using colloids coated with light-activated linkers.” This is why the authors are particularly excited about this line of research, which allows them both to uncover intricate mechanisms that are utilized in self-organization in biological systems and use them to propose strategies for engineering applications.