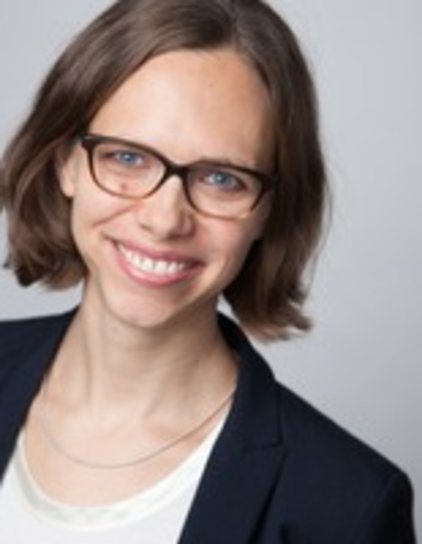 Stretching for the grey cells

The cell tissue of animals and plants is traversed by a complex vascular network, the blood vessels. The vascular network supplies cells in a tissue with nutrients. Animals can dilate individual capillaries to distribute nutrients differently in the vascular network. How do the capillaries have to be dilated to transport more nutrients to a specific area of the cell tissue? Does the change in nutrient availability for a cell strongly depend on the position of the cell in the tissue? Do vascular networks have a specific structure that allows them to precisely control nutrient supply to cells when only certain areas of cell tissue require more nutrients? Felix Meigel and Karen Alim from the "Biological Physics and Morphogenesis" group at the Max Planck Institute for Dynamics and Self-Organization (MPIDS) investigated these questions.

In a new paper, just published in Physical Review Letters, the two researchers describe how nutrients are supplied to the tissue in the microvasculature along individual capillaries. Their result: the structure of a network is of secondary importance when the transport of nutrients along the capillaries is dominated by blood flow.

Blood supplies oxygen, hormones and nutrients through a vascular system to cells in a tissue. Most supply of nutrients occurs in small capillaries, which form a complicated network. If a cell has an increased nutrient requirement, the cell emits signaling molecules which relax or contract small muscles around the capillaries. In this way, the blood flow and thus also the supply of nutrients can be altered locally. In networks, however, small local changes can have very large effects. In order to predict exactly how the blood flow changes in response to a capillary dilation, it is necessary to know the self-organization of the entire network topology. How can it be guaranteed that more nutrients reliably reach the cells that need more nutrients? Is capillary expansion a problem for cells in a tissue?
Felix Meigel and Karen Alim used a combination of theoretical models and computer simulations on experimentally measured vascular networks to investigate how nutrient supply changes when a single capillary is dilated. The researchers showed that not only the transport to a vessel is decisive, but also the extent to which the capillary can absorb the nutrients. If the blood flow rate or the diameter of a capillary changes, the amount of nutrients absorbed in the capillary and released into the surrounding tissue also changes. Depending on how fast the blood flows, there are three modes of absorption: Either the capillary absorbs almost all nutrients flowing through it or only a fraction of the metabolites is absorbed along the vessel. For the later case, there is the additional discrimination whether the transport of nutrients is dominated by blood flow through the capillary or only a slow, diffuse transport takes place in the capillary.

In more than 99% of the capillaries, transport with blood flow, the so-called advective transport, dominates in the microvasculature. For these capillaries, the absorption dynamics buffer the changes in transport dynamics by widening the capillary. The nutrient supply is thus robustly increased, independent of the exact positioning of the capillary in the complex vascular network. In addition, there is a rule of thumb stating that the capillaries following the dilated capillary also receive an increased nutrient supply.
"In my research group we are working on the question of how biological transport networks adapt to changing environmental influences. Microvasculature is a prime example of an adaptive transport network. We want to understand how the transport and supply of nutrients to cells in a tissue are connected in a network that can change itself," said research group leader Karen Alim. “Whenever we measure neuronal activities diagnostically, we use what is known as functional magnetic resonance imaging (fMRI). However, we do not measure the neuronal activity itself, but a change in blood flow. Yet, how to relate the actual neuronal activity to an observed change in blood flow is an open question. With our formalism, we give an indication of how the blood flow can be used to infer the cell supply in a tissue. This enables us to understand how the supply to cells changes when the blood flow changes. This is of fundamental importance in order to answer the question of how increased neuronal activity is associated with a change in blood flow," says Felix Meigel.

Self-organization in the brain

With this work, the researchers gain a better understanding of how our brain constantly organizes itself anew. The findings that the MPIDS scientists have gained in this project also generate new mechanistic insight in other systems. "In the future, for example, we will be able to better understand medication or how artificial tissue should be functionally designed. But our formalism is also helpful for the improvement of chemical reactors, which often are designed as porous media," says Alim.