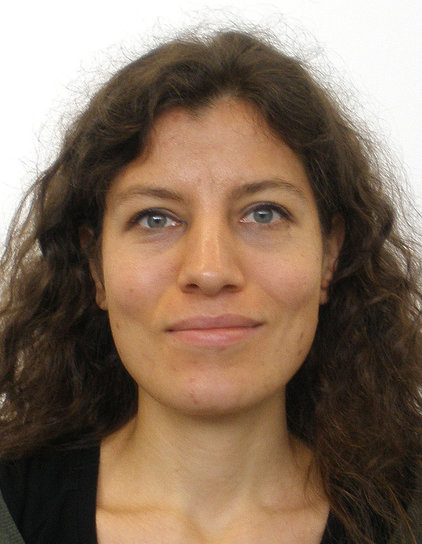 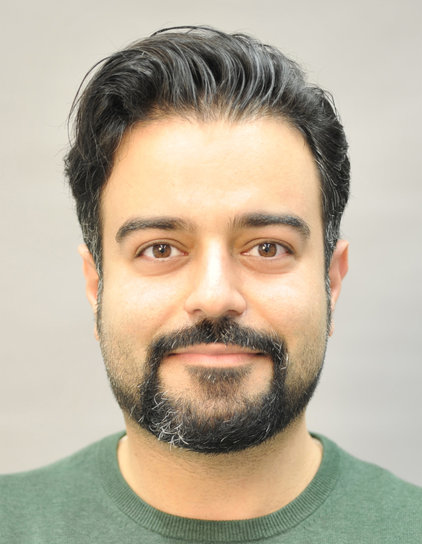 When one imagines a swimmer, their image would probably be of either an Olympian performing the front-crawl, a Salmon fighting upstream, or a shark racing towards its prey. Most of us, however, would not consider Nature’s most common swimmers: single-celled organisms. For example: microalgae that swim towards light sources, or sperm cells that swim towards an ovum. For a physicist, cells are simply biochemical machines, which must obey well-described laws of chemistry and physics Can we therefore create life-like, swimming micro-machines, without invoking biology? Lead by the physicist Corinna Maass, the group ‘Active Soft Matter’ at the Max Planck Institute for Dynamics and Self-Organization aims to create soft model swimmers from purely liquid constituents. They have recently succeeded in creating stable, self-propelling and steerable droplet swimmers with enclosed compartments, a study that has appeared in the journal Physical Review Letters.

Left: liquid crystal shell with one core, which is centred at rest (polarized micrograph), and zigzagging motion ... [more]

Left: liquid crystal shell with one core, which is centred at rest (polarized micrograph), and zigzagging motion (superposition of movie stills). right: Double core 'owls' do not zigzag.

Left: liquid crystal shell with one core, which is centred at rest (polarized micrograph), and zigzagging motion (superposition of movie stills). right: Double core 'owls' do not zigzag.

Cell-like artificial microswimmers could provide new and exciting applications. For example, a swimming microscopic drug-delivery system that self-guides its way towards the target organ, and is then harmlessly absorbed by the body. Moreover, purely physical microswimmers can provide models to understand the physics governing biological swimmers. By using maximally simplified model swimmers, Corinna Maaß and her group can test which components and mechanisms of a living cell might be uniquely necessary to provide specific functions. “Our artificial cell prototypes have to meet several requirements: they must self-propel spontaneously; they must be able to contain compartments for carrying cargo or as a basis for chemical reactions; and they must be controllable, so we can selectively choose how they operate and under which conditions they release their cargo”, Maaß explains.

With her colleagues Babak Vajdi Hokmabad und Kyle Baldwin she has successfully achieved this task, using a surprisingly simple system: they produced oil shells that enclose one or more internal water cores, or so-called active double emulsions. Such droplets can start moving spontaneously if they are allowed to dissolve slowly in a concentrated surfactant or soap solution - in a way, the surfactant acts as a fuel supporting the droplet’s motion until it is fully dissolved. 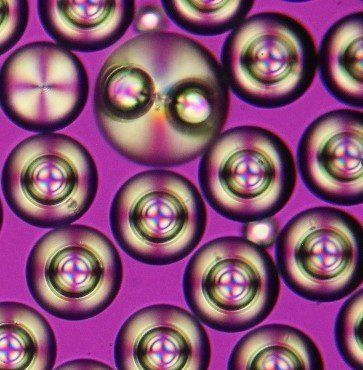 Typically, such an emulsion is unstable as oil and water demix over time – an effect seen in everyday life as oil decants from vinaigrette. Similarly, active double emulsion swimmers are susceptible to bursting as soon as they move, as the internal core is swept towards the droplet boundary. The team was able to stop the shells from bursting by choosing a liquid crystal as the shell material. Liquid crystals are oils that flow in the same way a regular oil will, but in which the oil molecules arrange in an ordered pattern, which prefers the aqueous core to be at the centre of the droplet. If the core is swept to the edge during motion, the distortion of the order provides a force nudging it back towards the centre. Numerical simulations by the team’s colleague Christian Bahr have shown that this energy barrier is indeed sufficient to stabilize the shell. In comparison, the team's experiments show that only liquid crystal shells remain stable, while shells made from regular oils burst almost immediately as soon as they start swimming.

The stable shells will then swim for up to several hours, shrinking as they dissolve, until they become too thin and burst. During this time, their motion is fascinating - they don’t swim in straight lines, but in an intricate meandering reminiscent of shark fins. Babak Vajdi Hokmabad explains: “That, too, can be traced back to fundamental physics. If the core is off axis with respect to the shell’s direction of motion, it will experience a torque forcing it onto a curve that ultimately leads it back onto its own trail. This trail contains used-up fuel, which repels the droplet again. The torque reverses, and with it, the droplet’s curved motion also reverses.”

Furthermore, the group demonstrated that this meandering behavior can be switched off at will - if the shell contains two cores, they arrange symmetrically around the axis of motion. In this case there is no torque and the shell swims straight. “Under polarized microscopy these double core shells have a very owl-like appearance!”, Kyle Baldwin remarks.

The scientists came up with more ways to guide the swimmers - droplets attach to walls, such that one could construct a ‘droplet railway’, and seek out areas with higher fuel density.

All of the above makes these shells excellent biomimetic model swimmers - they are comparable in size, speed and deformability to actual bioswimmers, but without any complicated biochemical components. Their motion is set by fundamental and elegant physical laws and spontaneously broken symmetries, and by controlling these symmetries one can also control the swimming behavior.

“One crucial advantage of double emulsions is that the core does not contribute to the mechanism of motion and does not dissolve either”, stresses Maaß. “Thus we can functionalize it to carry chemical reagents or biological building blocks like proteins or enzymes and at some point truly replicate the physics of life.”