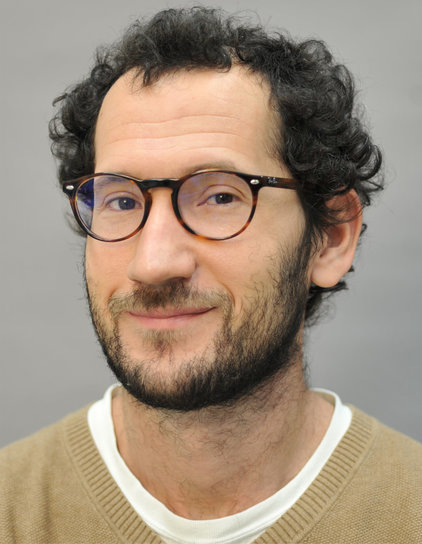 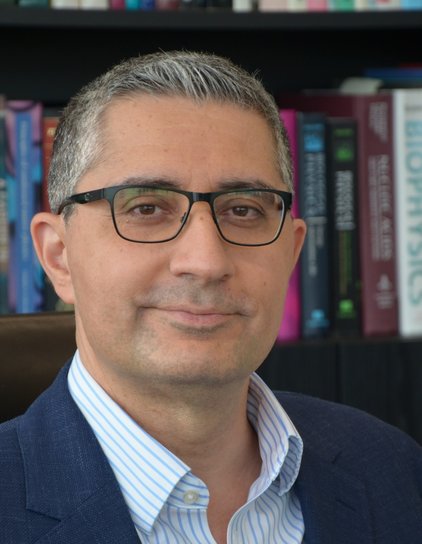 Scientists at the Max Planck Institute for Dynamics and Self-Organization show new mechanism of self-organization of living matter.

Cells and microorganisms produce and consume all sorts of chemicals, from nutrients to signaling molecules. The same happens at the nanoscale inside cells themselves, where enzymes catalyze the production and consumption of the chemicals needed for life. In new work published in Physical Review Letters, Jaime Agudo-Canalejo and Ramin Golestanian, from the Department of Living Matter Physics at the Max Planck Institute of Dynamics and Self-Organization (MPIDS) and the University of Oxford, have found a generic mechanism by which such chemically-active particles, be it cells or enzymes or engineered synthetic colloids, can sense each other and ultimately self-organize in a multitude of ways.

Mixtures of producer and consumer particles can self-organize in many ways. From left to right: formation of small ... [more]

Mixtures of producer and consumer particles can self-organize in many ways. From left to right: formation of small self-propelled molecules composed of just a few particles; complete separation of producers and consumers into distinct clusters; aggregation into a static cluster with precise composition; aggregation into a self-propelled comet-like cluster.

Mixtures of producer and consumer particles can self-organize in many ways. From left to right: formation of small self-propelled molecules composed of just a few particles; complete separation of producers and consumers into distinct clusters; aggregation into a static cluster with precise composition; aggregation into a self-propelled comet-like cluster.

Sensing each other through chemistry

Combining theory and computer simulations, the researchers studied the behaviour of mixtures of different particle species, which produce or consume a chemical signal to which they may in turn be attracted or repelled. Depending on the characteristics of each species, as well as on the ratios in which the species are mixed, they found that the particles will spontaneously aggregate together or separate in a myriad of different configurations. Mixtures of one producer species and one consumer species, for example, may completely separate into two distinct clusters under certain conditions, but under different conditions they may aggregate together into a cluster with a precisely defined composition. Even more spectacularly, these clusters may spontaneously start self-propelling in a comet-like fashion, with a close-packed group of producers being chased by a tail of consumers, or vice versa.

Indeed, according to Agudo-Canalejo and Golestanian, a peculiarity of these chemical-mediated interactions is that they effectively break Newton's third law of equal action and reaction: for example, a particle of one species may be attracted to a particle of the other species, but the second one may be repelled from the first one, so that one particle ends up chasing the other. These and other peculiarities are a direct consequence of the chemical activity that characterizes living matter, and are responsible for the richness of the self-organization phenomena observed, which would be absent in a non-living system.

“We expect that our minimal model may be applied to a variety of problems in biology and engineering. The self-propelling clusters observed, for example, may be relevant to understand mechanisms of collective migration of cells or microorganisms in heterogeneous tissues or colonies. On a much smaller scale inside the cell, the model may explain why enzymes that participate in common catalytic pathways tend to co-localize, an observation that until now had no generic explanation,” says Jaime Agudo-Canalejo, first author of the study. MPI director Ramin Golestanian adds: “We also envisage applications in the engineering of active materials, which may spontaneously assemble from synthetic particles that catalyze chemical reactions.”