When the sea blossoms

For millennia, sailors know that the seas can regularly be of unusual color and even red. These large layers of paint, which span tens to hundreds of kilometers, are caused by the phytoplankton. A team of scientists from the Max Planck Institute for Dynamics and Self-Organization in Göttingen has found out in a new study how uneven blooms in algal blooms can be triggered by slight turbulence. Their results have now appeared in the American journal PNAS.

If the sea turns red or green, phytoplankton is at work - countless microscopic algae, which use sunlight to generate energy and cause coloration. Phytoplankton is the basis of the marine food web and produces 50 percent or more of the oxygen in the atmosphere. Recent observations show that swimming phytoplankton species in oceans and lakes have an uneven spatial distribution down to the millimeter range. This is surprising in that it precludes the intuitive expectation that the mild turbulence that are ubiquitous in waters will mix and disperse the microorganisms relatively equally. 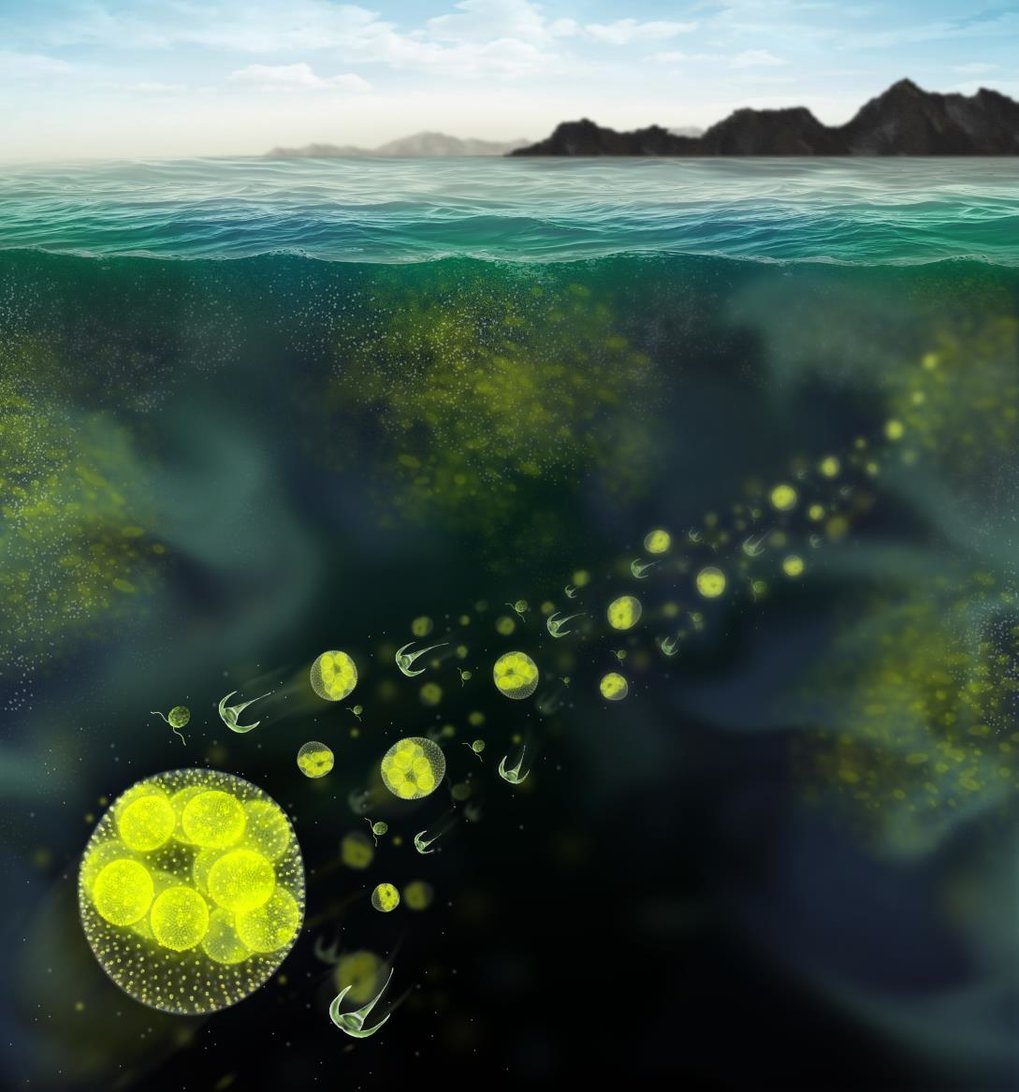 "In our work, we found that mild turbulence subtly interacts with the swimming properties of the phytoplankton and thus lead to spatially uneven distributions of the cells," says Rebekka Breier as the lead author of the Göttingen study. When the typical turbulence timescale approximates the scales of interaction between the phytoplankton cells, small dense accumulations of motile cells are formed on millimeter-size scales.

"Our work paves the way to understanding how patchiness of phytoplankton grows. This will probably allow us to make better predictions as to when algal blooms behave. This is also interesting for the fishing industry, as the algal blooms cause immense economic damage to them, "says Marco Mazza, who is responsible for the project.