Talks about the research of Prof. Golestanian

Public lecture on his research area "Living Matter", September 2013, available under Oxford Podcast
Colloquium lecture "Making Living Matter from bottom up", which he gave at the École Normale Supérieure in Paris in March 2016.

From a molecule to a living system

The Max Planck Institute for Dynamics and Self-Organization has appointed Ramin Golestanian as a director. The physicist now moved from the renowned Oxford University (England) to the Göttingen Institute in March 2018. Here, together with his „Physics of Living Matter“ department, he will devote himself to a wide range of theoretical research topics describing the dynamics of living systems over several orders of magnitude from a physical point of view. The aim of the research work is to gain such a good understanding of living matter that living systems could be reconstructed using individual molecules. With his appointment as a director, the MPI for Dynamics and Self-Organization has three departments. 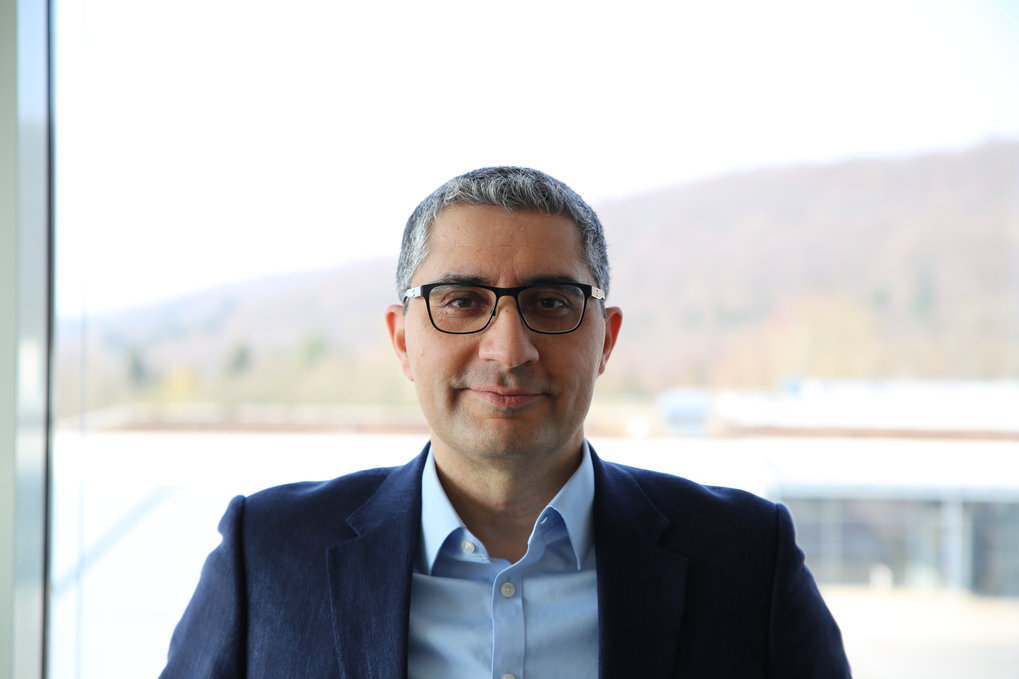 „We are very pleased that Ramin Golestanian, a committed and internationally leading scientist, has joined our institute as a director. This not only strengthens the world class of our research about the dynamics and self-organization of living matter, but also shows the high appeal of the Goettingen Campus“, gladly says Eberhard Bodenschatz, Managing Director of the MPI for Dynamics and Self-Organization.

Ramin Golestanian is theoretical physicist and a keen supporter of the kind of biophysics that considers biological systems as living matter and aims to pursue new physical questions in these systems. With his team, Ramin Golestanian aims to understand the complex dynamics of living matter well enough to be able to make it from the bottom-up; i.e. from molecules to systems. For example, research from his group has uncovered a mechanism by which cell proliferation and chemical signalling can lead to a homeostatic balance at the large scale, giving rise to a stable but constantly renewing state as in a normal tissue, which can undergo a dynamical phase transition to a state where proliferation is not regulated by chemical signalling and grows out of control, as is the case in cancer metastasis. Another example is the theoretical study of the behaviour of bacterial biofilms across many length scales: how do you relate molecular information to the decision making process of individual bacteria to the collective properties of the dense aggregates that settle on surfaces? These fundamental questions will be addressed using a wide range of theoretical techniques and in collaboration with experimental colleagues in Göttingen and elsewhere.

“With its dynamic and superb research environment, incredibly rich scientific heritage, and instantly welcoming urban culture, Göttingen is the most wonderful place for me to pursue my scientific research”, states Ramin Golestanian.

Last year Prof. Theo Geisel, the director and the head of „Nonlinear Dynamics“ department, that was  working in the field of theoretical basic research, was retired. „With Prof. Golestanian, our institute is once again complete and we look forward to further major discoveries in dynamics and self-organization research,“ says Eberhard Bodenschatz enthusiastically.

Ramin Golestanian (born on February 26, 1971) earned his bachelor's degree at Sharif University of Technology in Tehran, Iran, and the master's and doctoral title at the Institute for Advanced Studies in Basic Sciences (IASBS) in Zandschan (Iran). His doctoral work was remotely supervised by Mehran Kardar from the Massachusetts Institute of Technology (USA), and was followed by a postdoctoral research fellowship at the Kavli Institute for Theoretical Physics at the University of California in Santa Barbara (USA). He has held academic positions at the IASBS, Sheffield University and Oxford University (UK), and he has been a Full Professor since 2007. His broad interest is focused on many aspects of non-equilibrium statistical physics, soft matter, and biophysics. Golestanian has distinguished himself through his contributions to the physics of active matter, in particular through his role in the development of microscopic swimmers and active colloids. He was elected a Fellow of the American Physical Society and the Institute of Physics and was awarded the Holweck Prize of the Société Française de Physique and the Institute of Physics, the EPJE Pierre-Gilles de Gennes Lecture Prize, the Martin Gutzwiller Fellowship of MPI-PKS, the Nakamura Lecturer Award of UCSB, and the 50th-Anniversary Most Distinguished Alumni Award of the Scharif-University of Technology. Currently, Ramin Golestanian is a Chairman of the IUPAP C6 Commission for Biological Physics and Divisional Associate Editor (DAE) of the American Physical Review Letters (APS) journal.