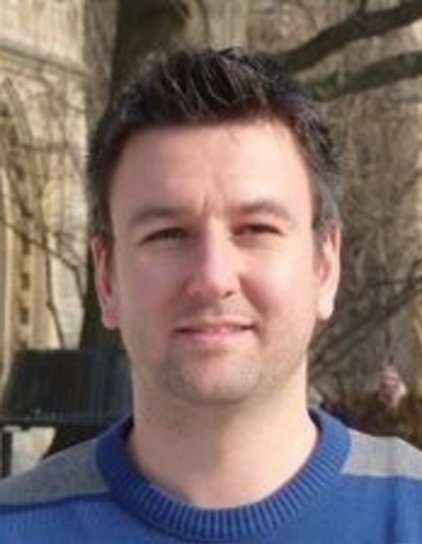 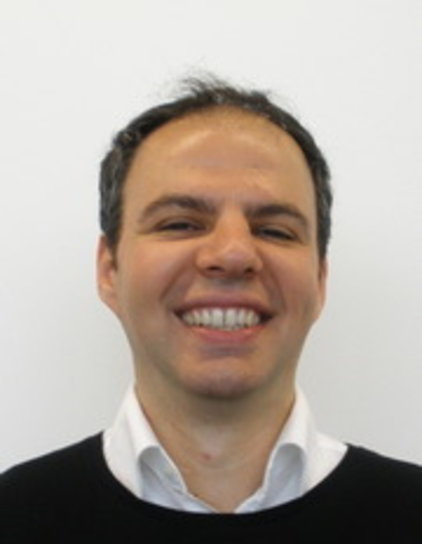 Microbes can be found in a variety of habitats and ecosystems, where they have almost perfectly adapted to their natural environment. In particular, unicellular microalgae do not only live as phytoplankton in the oceans, but also in moist soil or within the surface layers of rocks. Physicists from the Max Planck Institute for Dynamics and Self-Organization in Göttingen have now discovered how such motile microorganisms navigate complex geometries.

Microorganisms can move themselves using a variety of methods. Many cell types have developed special mechanisms to maneuver via creeping movements on a surface. However, microorganisms that undergo photosynthesis do not live exclusively on surfaces, but also in liquid, where they can propel themselves using microscopic hairs called flagella. In the case of the unicellular green alga Chlamydomonas, a widely studied model organism in microbiology, two flagella beat simultaneously in a breaststroke-like motion to propel the cell. In this way, the motile microalgae can ideally detect nutrients and light sources, covering a distance of about ten times their body size every second. 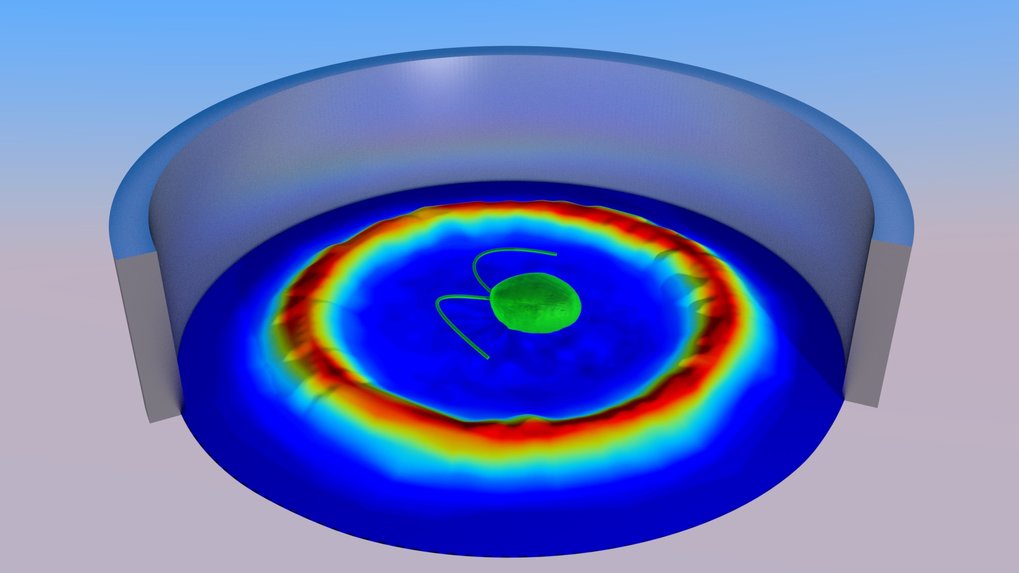 A research team under the direction of physicists Dr. Oliver Bäumchen and Dr. Marco Mazza from the Max Planck Institute for Dynamics and Self-Organization in Göttingen have now identified how these cells navigate the complex porous structures of liquid and surfaces in their natural environment. “For the first time, we have succeeded in trapping single, living cells within parallel, isolated chambers no larger than a human hair on a microfluidic chip. Using this model system in controlled laboratory conditions, we were able to investigate the influence of the geometry of the organism’s natural microhabitat on its swimming behavior”, says Bäumchen. The team of theoreticians under the direction of Marco Mazza has developed a computer model to substantiate the experiments with simulations. The researchers have now published their findings as an article in the renowned scientific journal Physical Review Letters.

Oliver Bäumchen has already been working several years on the function of the flagella and the physical mechanisms through which these little hairs interact with surfaces and also how the cells use their flagella to traverse through a fluid. Bäumchen: “The unicellular microalga Chlamydomonas is an ideal model system for studying many important biophysical phenomena, for example the flagellar adhesion to surfaces, the synchronized beating of the flagella as a propulsion mechanism, the interaction of molecular motors, and the function of photoreceptors as the cells’ light sensors.

The microfluidic experiments were performed by Bäumchen’s colleagues Tanya Ostapenko and Thomas Böddeker. “We have systematically varied the size and geometry of the chambers and found that the cells are less likely to escape the wall for a increasing wall curvature. The cells swim near the wall for a surprisingly long time for larger wall curvatures,” says Tanya Ostapenko, the first author of the study. It turns out that the flagella, upon contact with the wall, are able to reorient the cell at a fixed angle away from the wall. “The angle at which the cell scatters is only 10-20 degrees. This is so shallow that the microswimmer in circular chambers can barely swim away before encountering another interface, thus making it difficult to escape from sufficiently curved walls,” says Fabian Schwarzendahl, a doctoral student in the theory group of Marco Mazza.

The computer model from Mazza’s theory team quantitatively confirms the experiments and provides a valuable tool that the researchers now want to implement in simulations for other systems. Mazza: “There is a fundamental difference between the microalgae we study and the bacterial microswimmers that have been studied previously. Many bacteria have their propulsion mechanism located at the rear end of the cell instead of towards the front. Until now, it was expected that these microalgae would behave much differently than bacteria when they encounter a surface. In environments mimicking the natural habitats in which the microalgae are found, this is surprisingly not the case.”

For several years now, the capability of microalgae to perform photosynthesis has been exploited to produce e.g. biofuel in bioreactors equipped with a glass-tube system. Beyond these applications, the model characteristics of these cells are of enormous importance for fundamental research. Bäumchen: “The microalgae’s flagella represent a universal building block in nature, which is also found as so-called cilia in the human body. Their functions are extremely important, e.g. cilia of pulmonary epithelial cells remove mucus and particles from the respiratory tract, and the cilia of sperm cells enable their motility.” The results of the research team provide a better understanding of how microswimmers behave in confined spaces. This could be of great importance with regard to applications for targeted drug delivery by means of artificial microswimmers.