how to flexibly route nervous messages

Paying attention is what allows us to focus on what is important at any particular moment. From the large amount of information present in our daily lives there is only a small portion that is relevant for what we are currently doing, why should we then process it all? Our brain gets along with the task by leaving out unwanted detail and dynamically choose those inputs that are important. But how can this be possible in only a fraction of a second, the short time it takes to shift the focus of attention? How is it that areas of the brain choose which other brain areas to listen to at each moment in time? The brain is a densely interconnected network of neurons that cannot and should not reconfigure its connections every split second. Max Planck researcher Agostina Palmigiano an international team led by Prof. Dr. Fred Wolf, director of the Bernstein Center for Computational neuroscience and head of the research group Theoretical Neurophysics at the Max Planck Institute for Dynamics and Self-Organization, and Dr. Demian Battaglia, (Aix-Marseille University, France) have uncovered a very flexible mechanism that could effectively “rewire” information paths in a split second. 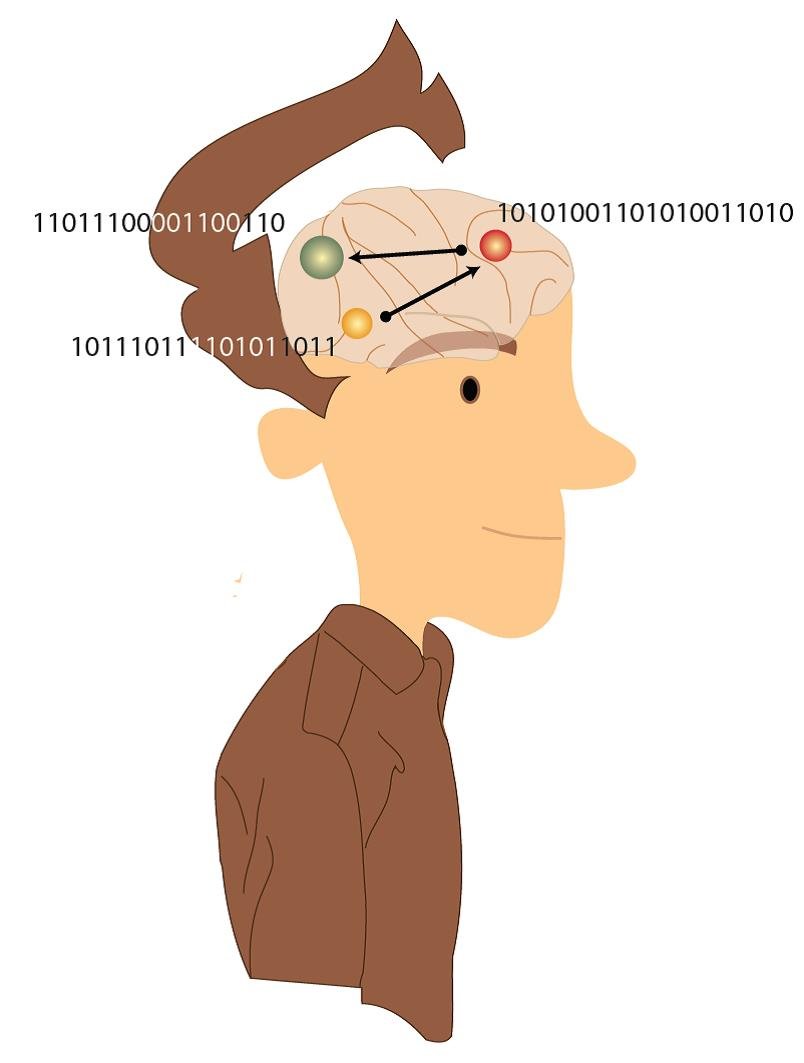 Neurons in the brain work together in small populations of some thousands of cells, which together encode incoming information. When the activity of the neurons is coordinated, oscillations of activity are often observed at the population level. These oscillations are transient and irregular, and their role in modulating the activity of other, distant areas is not understood. Oscillatory activity could potentially work as a temporal structure that organizes the transmission of information between distant parts of the brain. Much as in a conversation, if the short transients of oscillatory activity or bursts happened in a non-coordinated manner, different brain areas would not be able to communicate. Palmigiano et al. however found that distant neuronal networks can coordinate short oscillatory bursts of activity spontaneously when connected by strong links.

They found that coordination of oscillatory bursts between brain areas then dictates how information flows between them. Depending on how the transient oscillatory bursts organize among distant populations, information can flow through different routes. Think about the example of three interconnected brain areas.  A target area  might  receive simultaneously relevant  information  from  an  input  area  and irrelevant  information from another  one. How to know which one to listen to? Palmigiano et al. have found that these transient episodes of oscillatory activity in each area can provide a flexible temporal structure that allows to have uni-directional information transfer between areas that have strong connections in both directions. Areas whose oscillation temporally leads the others act as senders while those that lag behind are optimal receivers. Intriguingly, these configurations can alternate after some hundreds of milliseconds.

How to then select which one to listen to?  Strengthening the background input to a particular area already makes its oscillatory bursts precede in time the other ones, turning it into a sender.  Somewhere in the brain, we decide  where to  attend, and  once we do,  a signal  would  be sent  to  the  area  encoding  the  relevant inputs,  while other  inputs  coded  by non-preceding areas  would  not make it through.  Evidence for this type of mechanism of routing external input signals has started to emerge also experimentally: recordings revealed that areas of the primate brain involved in processing an attended object, engage in coordinated oscillatory activity significantly different to those areas involved in processing non-attended objects.

The  results  offer a robust  mechanism  for flexible and  self-organized  routing  of inputs  that does not rely on building  specific connections  between  distant brain  areas,  but on the dynamical  interplay found of distant brain regions.