A team including Dr. Karen Alim, head of the Max Planck Research Group on Biological Physics and Morphogenesis at the Göttingen Max Planck Institute for Dynamics und Self-Organization, and her colleagues from Harvard und Madison have discovered the mechanism underlying the slime mold’s (Physarum polycephalum) complex behavior, work just published in the recent issue of Proceedings of the National Academy of Science (PNAS). Their discovery: Despite lacking a nervous system, a simple feedback allows the network-forming slime mold to find the shortest path through a maze. The slime mold sends information in the form of signaling molecules throughout its network of veins. Signaling molecules are transported by flowing fluids and cause fluid flow to increase. This positive feedback loop, on the one hand, speeds up information transfer, but at the same time fosters the growth of veins, precisely those that are tracing the shortest path between stimuli. With their project the scientists illuminate the mystery behind the ‘intelligent’ slime mold. They hope that the feedback mechanism found in nature may in future help develop artificial systems permitting self-organizing adaptation.

Without a brain, but smart 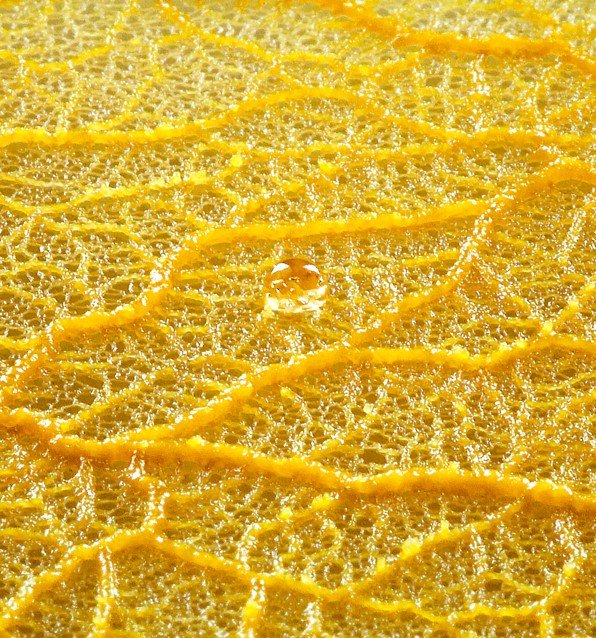 Complex behavior is typically associated with animals. But also, apparently simple organisms like slime molds and fungi can process information and coordinate organism-wide decisions. The slime mold Physarum polycephalum uses its network-forming body to solve complex problems, for example finding the shortest route between food sources. This is even though the organism lacks any neural circuitry and is growing as a single cell.

Within the slime mold liquid cytoplasm is shuttled back and forth through its network of veins. Cross-sectional contractions of veins drive the rhythmic, peristaltic flows. To identify how information is sent around this network the scientists first tracked the slime mold’s response to a localized nutrient stimulus and observed an increase in contractions that spreads out throughout the network. The increase in contractions propagates with a velocity comparable to the flow-driven dispersion of particles. The team built a mathematical model based on these observations and identified the mechanism of information transfer in the slime mold: The nutrient stimulus triggers the release of signaling molecules. The molecules are spread by the fluid flow but simultaneously control flow generation by causing local increases in contraction which move with the flow. The molecule is initiating a feedback loop to promote its own movement. This very simple mechanism explains previously puzzling phenomena, including the adaptation of the peristaltic flows to organism size and the slime mold’s ability to find the shortest route between food sources.

“The mechanism of communication is based on: a signaling molecule, fluid flows, and an interaction between the signal and fluid flows”, says Karen Alim first author on this study. “The mechanism is likely to be a general one and may serve as a broad explanation for the complex behaviors of many organisms without nervous systems. For us as scientists it is fascinating to transfer this mechanism of communication to technological applications to implement self-organized adaptation.” (KA/CH)