Towards the synthetic neurobiology

Volkswagen Foundation promotes the innovative research approach of the theoretical neuroscientist Fred Wolf from the MPI for Dynamics and Self-organization with 100,000 euros

Fred Wolf, professor of theoretical biophysics, prevailed with his proposal "On the way to a neurobiology of hybrid neuronal circuits" as one of 18 projects against 543 competing proposals in "Experiment!", a funding program of the Volkswagen Foundation. For his innovative enquiry, Wolf receives a subsidy sum of 100,000 euros over a term of 18 months. During this time, Wolf and his colleagues want to create networks of synthetic and living nerve cells in the laboratory, which can be connected according to plan. The "Experiment!" funding is aimed to projects, which can provide new fields of research and methods apart from the mainstream. 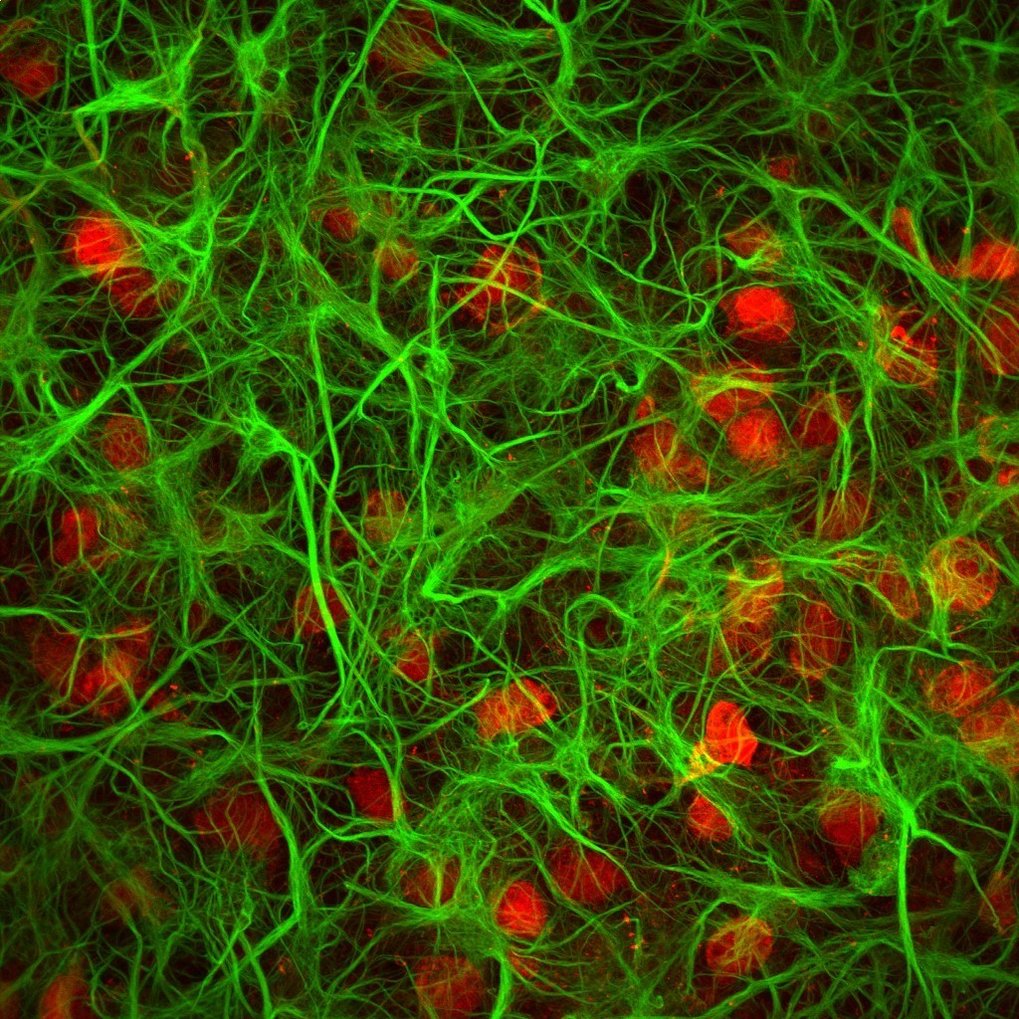 The interconnection of nerve cells into widely branched networks, their so-called connectome, determines how neural circuits in the brain process information. How does the structure and function of such networks depend on each other? Finding answers to these questions is crucial for the discovery of the tricks that the brain uses as a living computer, but also for a better understanding of diseases of the nervous system. Researchers are currently unable to alter the connectome of an intact brain. For the simplest building blocks of cells, genes and proteins, the so-called Synthetic Biology created ways in the recent years to precisely manipulate those and thereby better understand their role for the organism. For the first time the researchers around Fred Wolf are now starting to construct synthetic neural circuits, which can be converted from one moment to the next. For this purpose, they will construct networks consisting of biological and computer-based components that are combined by light-controlled synthetic connections into a large network. The aim of the project is to create the fundamentals of a synthetic neurobiology of neuronal circuits, which should allow a completely new approach to the structure-functional relationship. "With our research approach we want to improve our understanding of neuronal networks in the brain by combining networks from simulated and living nerve cells in the petri dish," says Professor Fred Wolf. "In the coming years, we will focus on the issue how well this new approach can be put into practice. For the future we hope that a systematic understanding of these networks can provide the basis for novel intelligent prosthetics and cures for diseases of the brain. We are very pleased that the Volkswagen Foundation has recognized the innovative potential of this approach and supports the project within the "Experiment!" funding program.

About the „Experiment!“ initiative

The funding initiative „Experiment!“ addresses researchers in science and engineering as well as in the life sciences including behavioral biology and experimental psychology, who want to put a potentially transformative research idea to the test. An anonymous survey ensures that the research idea counts. "Experiment!" was established in November 2012. The approximately 500 applications per key date show the high response of this initiative but also the hardness of competition for the best ideas. To date, a total of 67 projects have been approved: 18 from 544 applications (2016), 17 from 425 applications (2015), 19 from 630 applications (2014) and 13 from 704 applications (2013). In doing so, this promotion explicitly accepts as unpredictable work is in scientific new territory. Unexpected or negative findings are perceived as learning and not as a failure - a core element of "Experiment!".