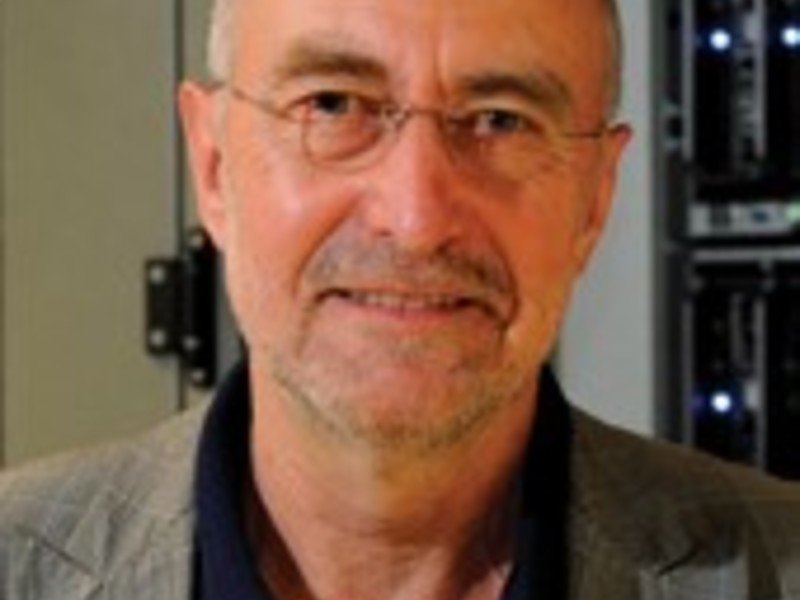 A life for physics and music

Theo Geisel, Director at the MPI for Dynamics and Self-Organization and founder of the Bernstein Center Göttingen has been honored on his retirement by a symposium given by his previous students.

„I’m just the excuse“, to quote Theo Geisel, „we are celebrating the remarkable achievements of the Department for Nonlinear Dynamics.” Many previous coworkers from around the world were in attendance, from the USA, Mexico and France. Professor Geisel, Director of the MPIDS and Professor for Theoretical Physics at the University of Göttingen, retired after 20 years of working in Göttingen. Professor Geisel was a pioneer in the field of nonlinear dynamics in the 1980s, commonly called chaos theory, just as this area was being established. “If it hadn’t been for that, I might have quit physics and become a musician”. Music is still a great passion of the theoretical physicist. By far the greater part of his creative effort, however, flows into science. In 1994, he was awarded the highest German research award – the Gottfried-Wilhelm-Leibniz Prize. Since 2008 Theo Geisel is Fellow of the American Physical Society and in 2009, he received the Gentner-Kastler Prize of the German Physical Society and the Société Francaise de Physique. Since 2013 Theo Geisel is a full member of the Göttingen Academy of Sciences and Humanities. 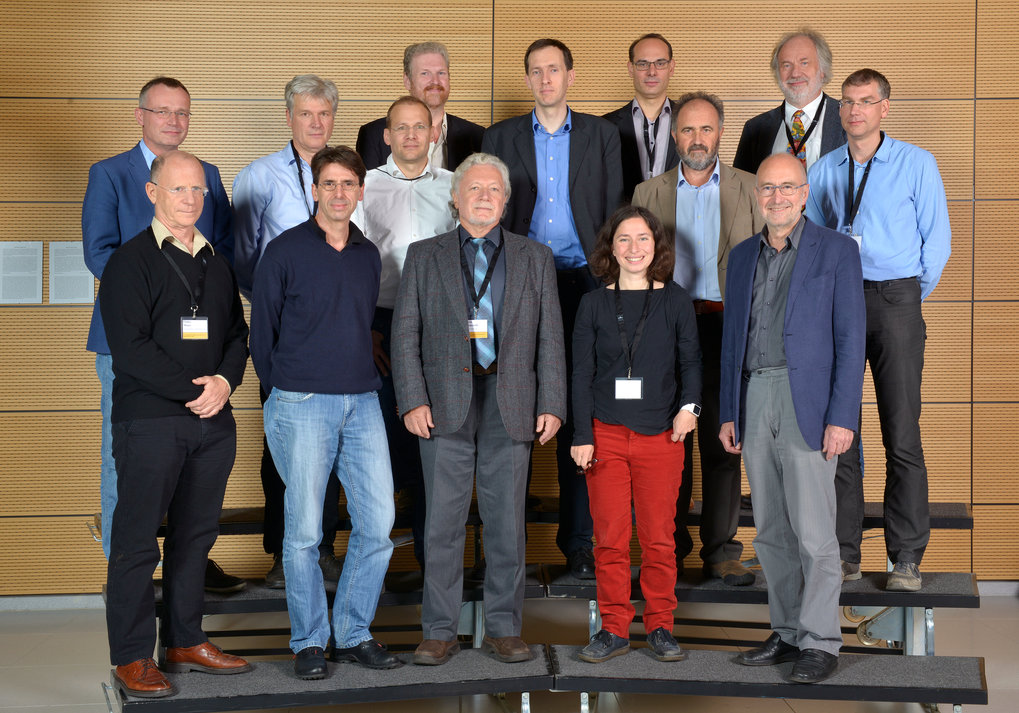 The field of non-linear dynamics is multifaceted, and over his scientific career Theo Geisel has participated in very diverse scientific endeavors, for example, the function of biological neural nets, the spread of diseases or the distribution and focusing of energy during tsunamis. Music continues to be a part of Geisel’s life, and he enriches scientific symposia or institute celebrations by playing the saxophone in his institute band. In the future Theo Geisel with an emeritus group will continue to devote his time to active areas of research at the MPIDS.

Pioneer of the chaos theory

For more than 30 years, Geisel has been dealing with chaotic systems. “Chaotic dynamical systems are deterministic systems,” he explains – i.e. they are predictable in principle. They are called ‘chaotic’, because tiny differences in the initial conditions may lead to large deviations in the course of time – the proverbial wing beat of a butterfly could possibly influence the weather. In the early 1980s, Geisel was the first to introduce a mathematical model for so-called ‘Lévy Random Walks’ when he investigated certain chaotic systems. It describes seemingly random motions with subsequent steps of very different lengths. Characteristic of this system is that also large steps occur frequently and there is no typical scale for the fluctuations of step lengths, their variance is infinite. With this work, he gave the starting signal for a field of research that introduced ‘Lévy Random Walks’ into many different disciplines of physics, biology, climate research and financial mathematics. In his own working group for example, Geisel and his colleagues applied this method to semiconductor nanostructures. The method received worldwide attention in 2006, when Geisel, together with Dirk Brockmann and Lars Hufnagel, analyzed human travel behavior and described it by Lévy processes. Especially in times of avian and swine flu, they have thus made a major contribution to improve the accuracy of epidemic forecasts.

Start of the computational neuroscience 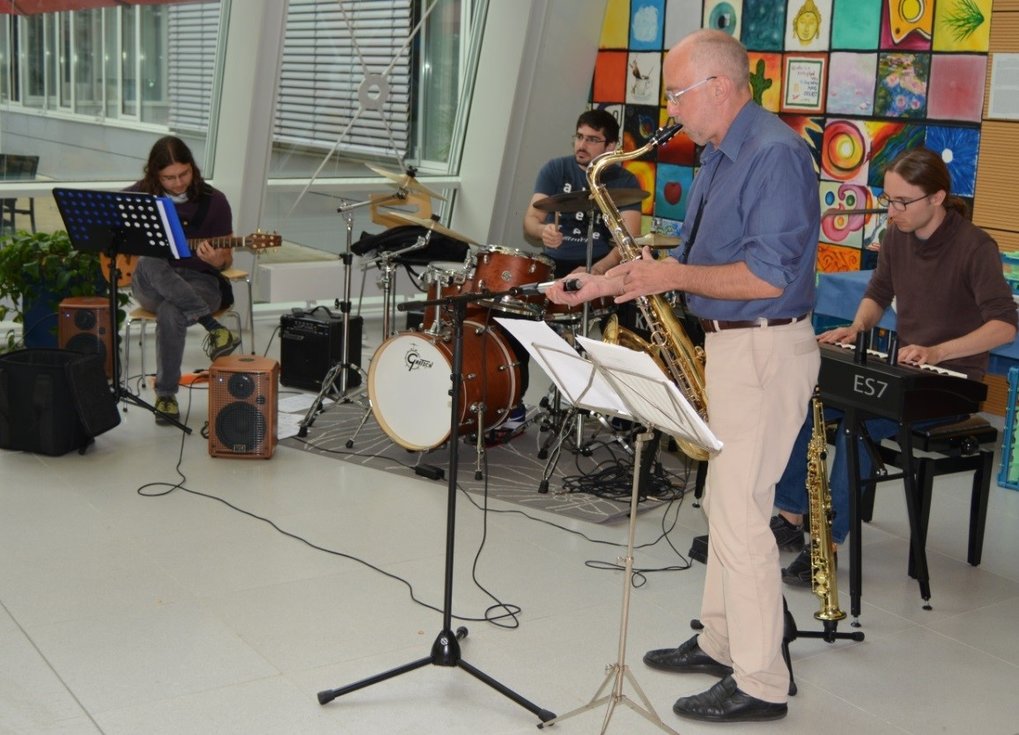 When Theo Geisel became professor of Theoretical Physics in 1989 in Frankfurt, he had already begun to apply methods of nonlinear dynamics to neuronal processes. “Thanks to our collaboration with scientists at the Max Planck Institute for Brain Research in Frankfurt, we had access to experimental data of unprecedented detail obtained with newly developed techniques”, Geisel says. At the time, two different focuses were established in Geisel’s working group, which nowadays would be assigned to Computational Neuroscience. One of these topics dealt with the development of the visual cortex, the part of the cerebral cortex that processes visual information. Just like most processes in biology, also these highly complex structures are formed under the influence of self-organization. Cells with different tasks are not randomly distributed in the visual cortex, but rather in a pattern with certain regularities, so-called “neural maps”. Neural maps were investigated intensely with new experimental methods (optical imaging) in the 1990s. Geisel and his coworkers Fred Wolf, Klaus Pawelzik and Hans-Ulrich Bauer accompanied these works with theoretical studies that explain the pattern formation processes in the visual cortex. Such work formed a foundation of Bernstein Center for Computational Neuroscience, which Theo Geisel established in Göttingen in 2004.

Origin of the Göttingen Bernstein Center

For over 10 years, the Göttingen Bernstein Center has united research groups across academic disciplines with the aim to discover how the brain works. Computational Neuroscience is a young field of research that examines the dynamics and adaptability of the nervous system using mathematical models and computer simulations in conjunction with cutting edge experiments. In the Göttingen Bernstein Center, researchers from three Göttingen Max Planck Institutes, MPI for Dynamics and Self-Organization, MPI for Experimental Medicine and MPI for Biophysical Chemistry, the University faculties of physics, biology, medicine and mathematics, the German Primate Center and rehabilitation technology world leader Otto Bock HealthCare GmbH collaborate.

The Göttingen Bernstein Center is a key structural element of the nationwide Bernstein Network for Computational Neuroscience. The Bernstein initiative was launched by the BMBF in 2004 and now includes more than 200 research groups. The aim of the new initiative is to establish the new research discipline in Germany. Meanwhile, the network has evolved into the largest research network in the field of computational neuroscience serves as a worldwide role model. Up to now 180 million Euros, from federal and state sources, has been made available to the countrywide network of centers. Göttingen has been awarded more than 30 million Euros permitting it to be an excellent environment for training young scientists. The winner of the Bernstein prize from the Federal Ministry of Education and Research (BMBF) has come from the Nonlinear Dynamics Department of the MPIDS on three occasions. The Bernstein Prize of 1.25 million Euros is one of the most valuable prizes for young scientists worldwide.