Scientific profile and characteristics of work

Lohse’s Physics of Fluids (PoF) group presently works on a variety of aspects in the fundamentals of fluid mechanics. The subjects include turbulence and multiphase flow, micro- and nanofluidics, granular matter, and biomedical flow. Both experimental, theoretical, and numerical methods are used. We closely collaborate with several companies, among them Océ and ASML. On the experimental side the key expertise of the group lies in high-speed imaging. Further information, including an updated list of publications, is available under
http://pof.tnw.utwente.nl/

The main characteristics of Lohse’s work is the direct interaction of experiment, theory, and numerics, all done in the PoF group. He is not method-driven, but problem-driven, and often had to acquire the required methods or knowledge from some neighboring fields to solve some particular research questions he had been obsessed with. This led to various fruitful interactions and collaborations with neighboring disciplines, such as engineering, mathematics, chemistry, acoustics, medicine, biology, or even computer science. As will be seen from the list below, various of his subjects have an “application perspective”. Lohse and his coworkers also understand to visually present the scientific questions they are addressing and their results. This led to ten winning video entries to the Gallery of Fluid Motion from the American Physical Society, Division of Fluid Dynamics, and various television reports and newspaper articles on their work. It also makes Lohse’s science very visual for laymen, with a positive effect on the outreach of science in general. 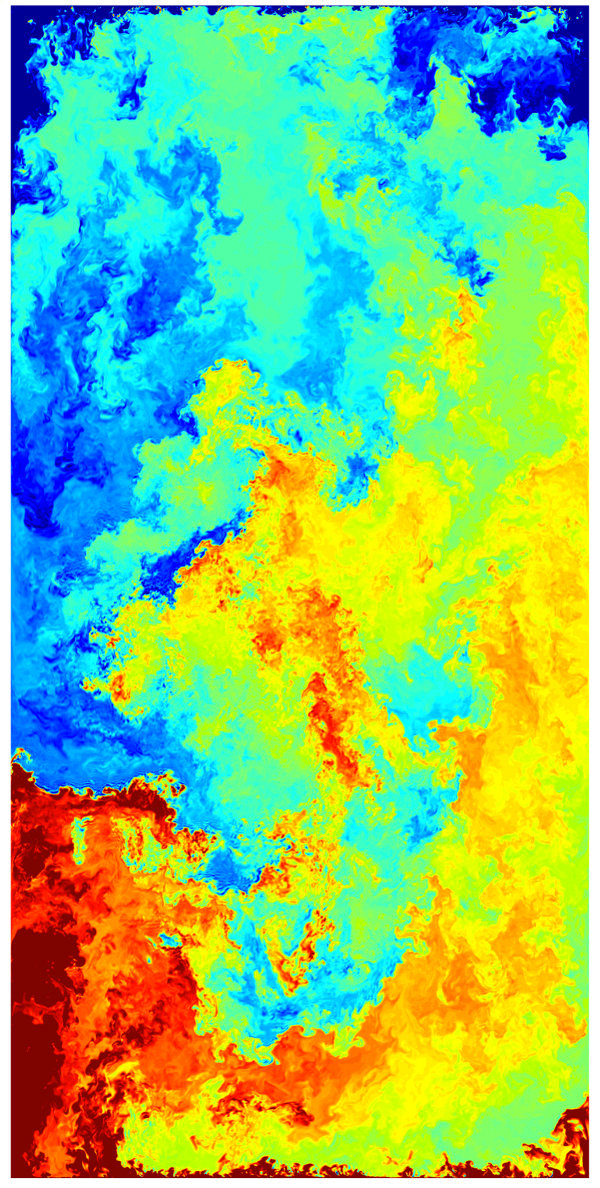 Rayleigh-Bénard (RB) flow, the flow in a box heated from below and cooled from above, and Taylor-Couette (TC) flow, the flow between two coaxial, independently rotating cylinders, are the two paradigmatic systems of physics of fluids. They are the drosophilas of the field and various new concepts in fluid dynamics have been tested with these systems. In the last few years, in joint work between Göttingen and Twente, we succeeded to realise the transition from the so-called classical turbulence to the so-called ultimate turbulence for RB turbulence and TC turbulence, thanks to the Göttingen U-Boot facility and the Twente turbulent TC facility (T3C), with which we can achieve and precisely measure an unprecedented degree of turbulence. In the ultimate state, not only the bulk of the flow is turbulent, but also the boundary layers, which for weaker driving (in the classical regime) is mainly of laminar type. The transition from one regime to the other is so important because it dramatically changes the heat or momentum transfer properties of the system. E.g., if one used the heat transfer scaling laws of the classical regime for heat transfer estimates for large temperature differences as they occur in geophysical and astrophysical situations, one would easily be off by a factor of 10 and more! So it is crucial to understand the nature of the transition and the properties of the ultimate state of turbulence.

The largest setup in the PoF lab is a 8m high turbulent water channel in which bubbly turbulence or turbulence with particles is studied, accompanied by numerical work. We developed new experimental techniques to follow thousands of bubbles and particles both in time and in three-dimensional space, allowing for a better understanding of the turbulent multiphase flow organization and the dynamics of particle and bubble clusters in these flows. Recently we started to focus on multiphase flow with phase transitions. Our research on the impact of objects on free liquid surfaces aims at revealing the mechanism of the resulting observed jet formation, combining experiments, theory, and numerical simulations. This process is very relevant for the gas exchange between the atmosphere and the ocean. Vice versa, we also study the impact of drops on solid surfaces, including superheated ones, focusing on heat exchange, splash formation, and droplet spreading.

On this subject the PoF group very closely collaborates with Océ Technologies. Together they revealed the disturbing role of bubbles entrained into piezoacoustic ink channels and offered solutions to resolve this problem. They also found the origin of the bubble entrainment, namely capillarity driven flow on the nozzle plate, and developed models for the droplet formation and impact of droplets on substances. Lohse’s work on inkjet printing is both fundamental and applied at the same time. The present work in the PoF group includes inkjet printing of suspensions and nanoparticles (in the context of printing of solar cells and OLEDs (organic light emitting diodes)), inkjet printing of living cells, and droplet solidification. We also work on tin droplet jetting and impact in the context of extreme ultraviolet (EUV) lithography, together with ASML.

We work on wetting phenomena on smooth, chemically, or geometrically structured surfaces and in particular on surface nanodroplets and nanodroplets, whose counterintuitive stability we could account for. We try to better understand the nucleation and growth or the dissolution of nanobubbles and nanodroplets, either in another liquid or in a gas (then called condensation/evaporation). We firmly belief that major progress can be achieved at the interface between surface chemistry and fluid dynamics, by combining the methods from these two fields, both on the experimental, numerical, and theoretical side. This also holds for catalysis and electrolysis, where emerging nanomicrobubbles at the surface often cause a major problem.

The PoF group developed the world’s fastest camera, the so-called Brandaris 128, allowing for 125 digital images with a frame rate of 25 million frames per second, thus enabling visualization at time scales down to 40 nanoseconds. We also pushed forward other ultra-highspeed imaging and visualization techniques, opening a totally new world of ultra-fast processes in various subfields of fluid dynamics. In particular, we have used these techniques for ultrasound diagnostics and local gene and drug delivery to cells. We also look at various cavitation phenomena, such as cavitation of vapor bubbles in microcapillaries. These events can induce a supersonic liquid jet, which has great potential for needle-free injections in the medical context.