Until recently, the disastrous scale of the threat posed by salmon farms to the fauna and National Park of the Aysén region of southern Chile was entirely unknown. The unexpected discovery was made by researchers from the Max Planck Institute for Dynamics and Self-Organization and the University of Göttingen, who were studying acoustic communication among the native whales in the region. The researchers not only discovered that the salmon industry is rapidly spreading to the hitherto largely unspoiled south of the region; they also documented the previously unknown threat to the region’s native sea lions. The international environmental organisations have expressed their surprise at this accidental discovery. The Göttingen researchers report their observations in the "Correspondence" section of the current edition of the journal Nature. 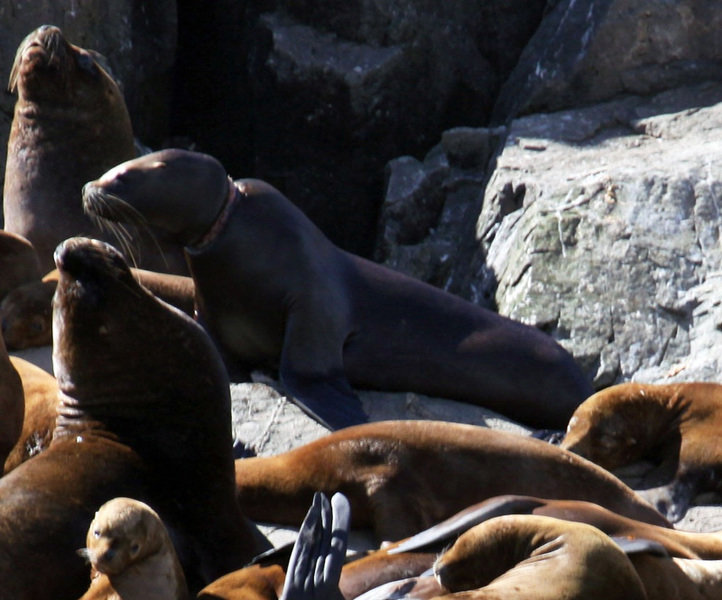 With an export volume in excess of two billion US dollars, Chile is one of the world’s main producers of farmed salmon. The aquaculture, which is carried out on a massive scale, is mainly concentrated on the ramified fjords of the province of Aysén in Patagonia. While parts of the province are classified as a National Park, the protection does not extend to the surrounding sea. The salmon farms, which are entirely legal from the government’s perspective, have, in part, devastating impacts on the region’s entire ecosystem - not least because Atlantic salmon is an alien species in Chile, introduces diseases and therefore poses an additional risk to already threatened native species. Moreover, the use of medication on the farms and the waste they produce also burden the ecosystem.

The ISA (infectious salmon anaemia) virus, which causes anaemia and death in salmon, has forced many aquaculture operators to close down their farms in northern Chile in recent years. "The farms, however, are now spreading further south," reports Heike Vester from the Norwegian research institute Ocean Sounds, who is currently completing her doctorate at the Max Planck Institute for Dynamics and Self-Organization and the University of Göttingen. Because the region’s ramified fjords are difficult to access from land, the full scale of the impact of this development only became clear to her when she was carrying out research from the water. Vester’s photographs document, among other things, the threat posed to the South American sea lion. The animals get caught in the protective nets surrounding the salmon farms when young and, even if they manage to free themselves, parts of the nets often remain stuck to the sea lions and suffocate them as they grow (Image 1).

The salmon farms also incur other negative effects on the ecosystem: large volumes of excess feed for the farmed fish and their faeces can be seen floating in the water, and the crowded conditions under which the salmon are kept necessitate the use of medication and pesticides. Measurements taken by other participants in the Göttingen researcher’s expedition prove that no forms of life now exist in direct proximity to the farms. "The air there smells like bleach," says Vester.

Acoustic measurements carried out in the field by the biologist also reveal the existence of another invisible threat: the ships that supply the farms and the generators of the feeding machines generate constant noise. "This noise can drive the threatened marine mammals, for example blue, humpback and sei whales and Peale’s dolphins and Chilean dolphins, away and disrupt their communication in the ramified fjords and channels," explains Marc Timme from the Max Planck Institute for Dynamics and Self-Organization, who is co-supervising Heike Vester’s doctoral thesis. 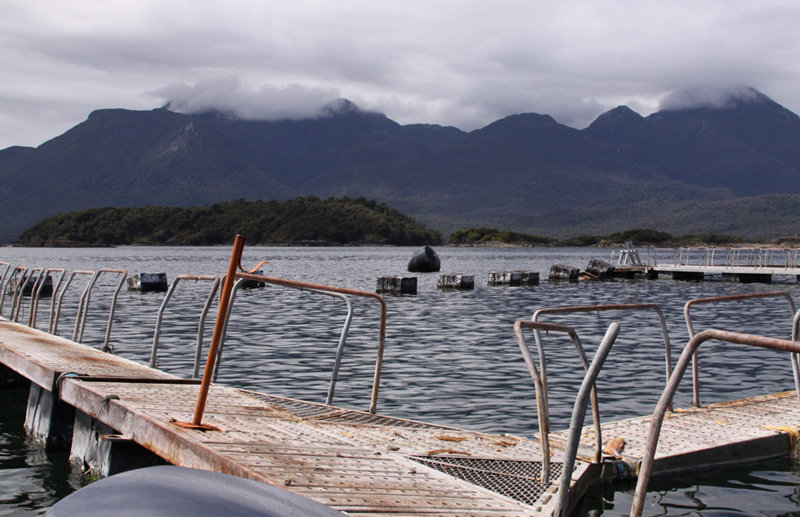 The north of the province of Aysén, where many salmon farms were shut down and abandoned due to the virus, also presents a bleak picture. "The diseased fish were obviously not disposed of properly and, in some cases, simply sunk in the water in plastic bags," reports Vester. Her photographs show discarded, dead and partly eaten salmon. "It would appear that this is how the virus managed to enter the ecosystem," concludes the biologist. It is not possible to quantify the effects of this infestation on the native flora and fauna.

In their report published in the journal Nature, the Göttingen researchers suggest that the salmon industry, local fishermen and environmental protection organisations join forces in seeking a solution to this problem. A joint approach of this kind has already been tested in countries like Italy, Australia and the USA. The aim must be to ensure that, in addition to those of the salmon farms, the rights of the local fishermen and the environment are asserted. This is the only way that sustainable tourism can be established as a new sector with good prospects in the region.

The Max Planck Institute for Dynamics and Self-Organization in Göttingen researches complex systems from very wide-ranging areas in physics, information technology and biology. Heike Vester’s research project involves the study of the complex communication between social whales, such as pilot and killer whales. As part of her study, the biologist has collected and compared sound recordings and behavioural studies from northern Norway and southern Chile with a view to identifying variations in the sound patterns of the two geographically divided populations. The aim of the study is to gain a better understanding of the composition and structure of the sounds and their use. This could contribute to the identification of important steps in the evolution and development of the formation of sounds by these animals. Heike Vester has visited Chile every year since 2008 on the invitation of the Chilean Center for Scientific Tourism to study how sustainable tourism could be developed there.